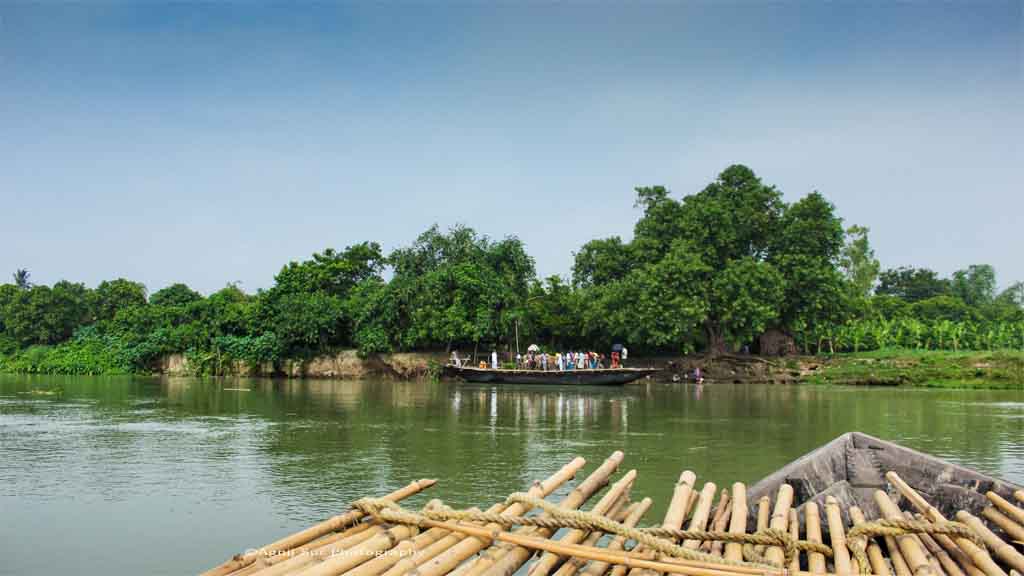 People studying Indian History will surely come across a place named Murshidabad. It was the hub of culture, aristocracy, wealth, extravaganza. It was the hub of architectural boom. West Bengal is probably the only place in the whole world to be influenced by 8 countries including Portugal, France, Armenia, Britain, etc.

Murshidabad was originally known as Muksudabad during early 18th century. One Mohammed Hadi, originally a deccan brahmin who was educated and converted to Islam by a Persian Merchant Haji Shafi and joined under Aurangzeb, the then Mughal Emperor of India. When the Bengal Subah needed a diwan, Md. Hadi was the first name that popped up in Aurangazeb’s mind. He generated a massive amount of revenue from Bengal which made Aurangazeb honour him with the title Murshid Quli Khan. Later he was sent to the Deccan region again by Bahadur Shah I and came back to Bengal as a deputy subehdar. He was appointed Nawab Nazim by Farrukhshiyar. During his reign, he shifted the capital from Dacca to Muksudabad and later the town on the banks of River Bhagirathi came to be known as Murshidabad.

In 1790, under Lord Cornwallis, the entire revenue and judicial system was shifted to Calcutta leaving Murshidabad, the place which was said to be as prosperous as London, to rot in utter negligence. Today, the architectural giants stand tall, blotched and covered with the sorrows and triumphs of time, and dust. They still remind us about the glorious time it once saw and experienced.

The Ratneswar temple is a fabulous example of terracotta which is still in a good condition but the priest maintains the small premise from the money earned by begging. The West Bengal Tourism minister should at least make a proper road for the temple and the village because it is inaccessible in heavy rains. 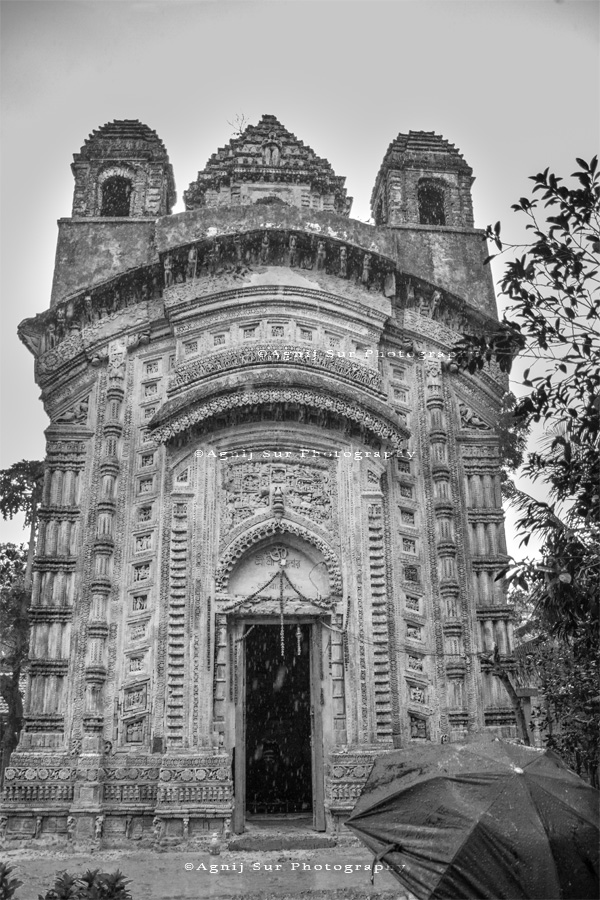 There’s another place near Hazarduari Palace that everyone visiting Murshidabad should visit at least once, if not stay. Hotel Manjusha. This homely Guest House on the banks of River Bhagirathi is an Eden. Under such extreme climatic conditions of Bengal, the owner- a zoology enthusiast, has been working tirelessly from early 90s to build this garden and to preserve it properly. Trees like Birch, Oak, Camphor, Rudrakshya, Sandal finds their place here. You can find an Apple tree, an Orange tree, a Tea tree, a still young Maple tree and many more, which needs a cold environment.

Talking about trees, I remember, Mangifera indica. Murshidabad is a place  food lovers should visit to taste the varieties of mangoes it has to offer. So many names I cannot remember, but I remember the mouth-watering taste, the eye-popping sight of mangoes hanging from the trees, only a couple of feet above the ground and I remember the local market rate of mangoes 10INR for a Kg.

It will take you two days to make a short trip to Murshidabad. But I will recommend at least 3 days which will help you to visit Berhampore.

Avail the train HAZARDUARI EXPRESS from Kolkata Station at 6:50am and get down at MURSHIDABAD St. at 11:10am. You can also avail the Lalgola express and come a night before just to include the early morning horse ride. Book a room at Hotel Manjusha beforehand even in off-season.

So what are you waiting for? Pack your bag and head out. A short trip to Murshidabad is enough to rejuvenate your health after the daily 9-5 routine. Your trip will be historical.

a. Amitabha Gupta sir’s blogpost on Murshidabad. Its detailed structure has helped me to gather many information of this place beforehand and without this blog I wouldn’t have visited Bhattabati.

b. Local books of Murshidabad.

There is no tradeoff between tea and coffee, only that of quality. View all posts by Agnij

7 thoughts on “Murshidabad: The Land of Nawabs”

A traveler, learner and a photographer.

The World Through My Eyes...

Thinking Western gave us Enlightenment at the Cost of Two World Wars & we still look there for Enlightenment...

Saving the earth one byte at a time

What are you speaking today?

A traveler, learner and a photographer.